Marjory Stoneman Douglas established the Biscayne Nature Center in 1985 at the age of 95!
Please visit us to learn more about the fascinating life and times of Florida’s most renowned environmentalist,
who was awarded the Presidential Medal of Freedom at the age of 103.”

A Message From Marjory:

“It is indeed a great honor to have the Marjory Stoneman Douglas/Biscayne Nature Center bare my name. The promise that the nature center brings to Dade County is exciting.

The north end of Key Biscayne, with its mangroves, sand dunes, fossilized rock reef, ocean, and uplands, offers a unique opportunity to study the wonders of nature. The relationship of one natural system to another is a microcosm of South F1orida’s coastal environment. In order to survive, its interdependence must not be obstructed by man. It is my hope that all who come to visit the nature center will leave with a better understanding and appreciation of this area.
I wish great success for the MSD/Biscayne Nature Center and look forward to its opening.” 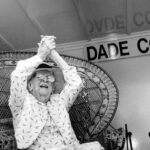 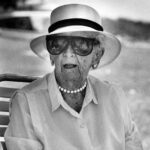 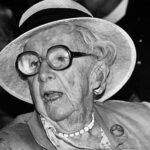 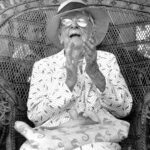 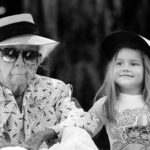 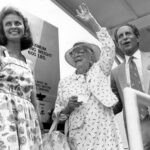 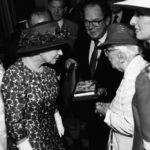 In 1969, the Nature Center, housed in a hot dog stand, began as a summer camp for students in Crandon Park. Two years later, it became one of the first hands-on environmental Dade County School Programs. In 1985, after moving from various hot dog stands around the park, Marjory Stoneman Douglas, went before the Dade County School Board and declared the Nature Center needed a building of its own. At the young age of 95, Marjory scored a portable classroom building and a planted the idea for a community facility in Crandon Park. In 1991, the State of Florida Department of Education awarded the Marjory Stoneman Douglas Biscayne Nature Center 1.8 million dollars to be matched for the construction her beloved Nature Center in CrandonPark.

Marjory was a remarkable woman. I find myself missing her. She was so proud as the matching funds came in for her Nature Center. She loved to hear stories about the children visiting the natural areas in Crandon Park. She loved to swim. She swam everyday with her friend Margaret. They would go to Matheson Hammock Park in Margaret’s red Mercedes convertible and let their gray hair blow in the wind. She had so many great stories to tell. She also loved to hear great stories.

When I would take great pains in finding the perfect article to read to her – she would say, “I don’t find what you are saying very interesting.” I would panic and begin talking about the weather, Miami politics and who’s who in Florida. She loved to hear all the gossip. She was an avid bird watcher. Looking out her living room windows there were always many birds and she knew one warbler from the next. Marjory’s cat, Willie, and all his friends came and went as they pleased. Medina, Marjory’s Caretaker, finally had to close the cat door to Marjory’s bedroom.

Whenever you would visit Marjory at her home, she would always say ‘”How have you been… It was so nice of you to visit… I sure hope you will come again soon.” In her memory, the same words will be spoken to all the visitors who come to the Marjory Stoneman Douglas Biscayne Nature Center in Crandon Park, Key Biscayne, Florida. Willie and I will be waiting for you.Willie now lives at my house and hopefully can be at the Nature Center one day for everyone to meet. Marjory would say if you want to know how to relax – just watch a cat – they know just how to do it. Marjory was a great teacher. She never taught, she inspired. Many years ago, I remember going to City Hall with her. She said,”Ladies, when you know you are right, there is no need for compromise.” We are still fighting the same case before City Hall, fifteen years later. She made us laugh, she loved to eat out and enjoyed afternoon tea. She was a friend who you found it hard to say “no” to. 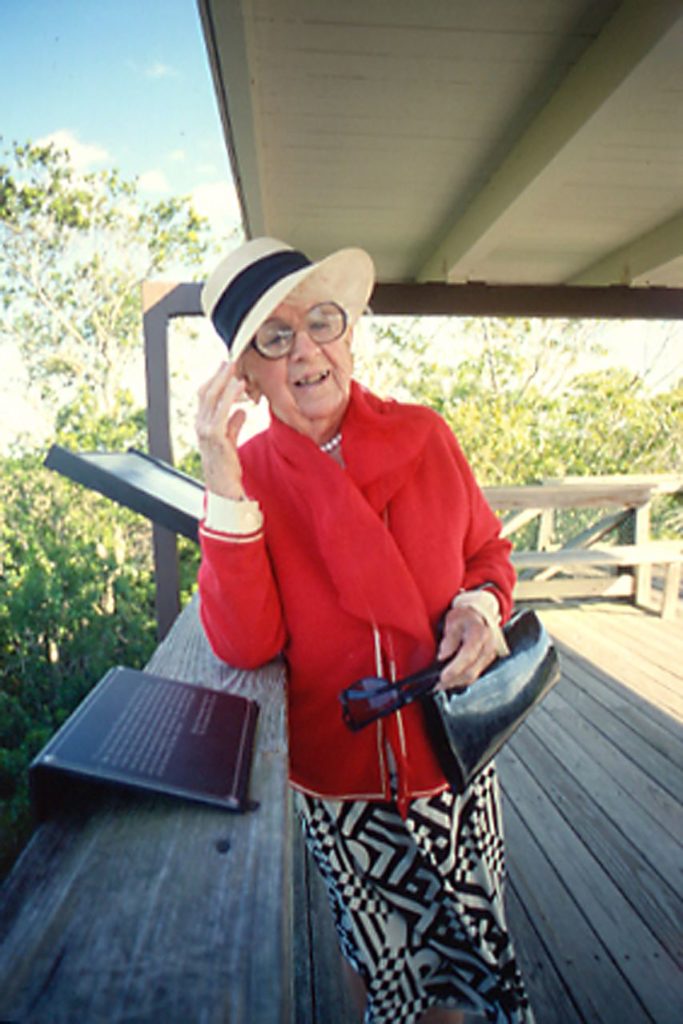 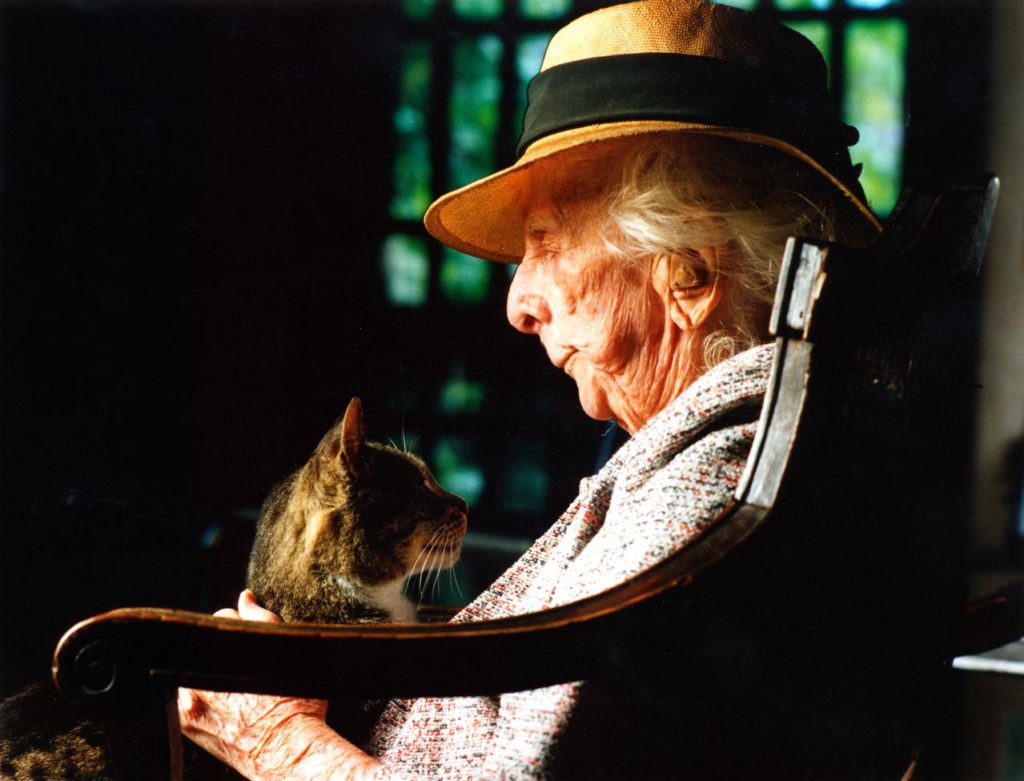 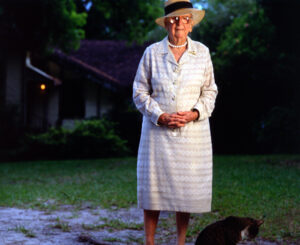 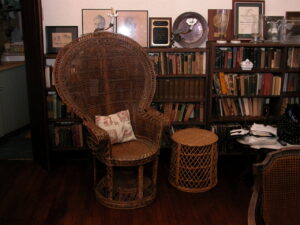 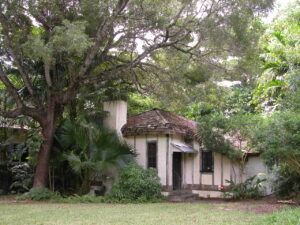 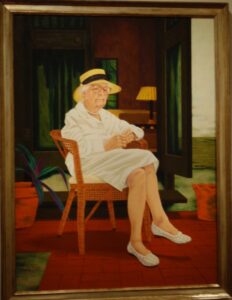 The Books of Marjory Stoneman Douglas